Hey all! Just a little instagram update of my life this past week or so. I have off from rehearsal for several days so things are probably going to be a little boring around these parts, especially since I have gone WAY over budget for October. If any of you have any tips and tricks on how to save money, please share!

Hi there. I know I haven't updated in a while. My apologies. Life just got a little strange has been pretty strange. I'm going to attempt to do a massive catch up for whoever is nice enough to read this blog!


So I've been here almost two months and my life is moving very slowly. I'm alone with my thoughts a lot of the time and it makes me a little nuts and pretty lonely. I've never called my parents this much. I guess since I went to college 15 minutes away I never really "missed" them. That and my relationship with them has gotten much better after living at home last year. (Weird, right?) I miss my dogs terribly and want nothing more than to walk into my house and be love-attacked by three fluffy, smiling, wet-nosed babies.

On that note, I have some pretty awesome pups in my life to help ease the blow of dog-less living. Aleigha invited me to accompany her and Fozzie to the dog park and I was squealing the entire time we were there. I met so many awesome dogs. My favorite was Missy, a 9 year old Lab who had no interest in socializing with any other dogs. All she wanted was to play fetch, and I gladly obliged for about a half hour. Seriously my heart melted. How could it not? And listen, I know I might have come off as a creeper taking this many photos and videos of other peoples dogs, but I just couldn't help myself! 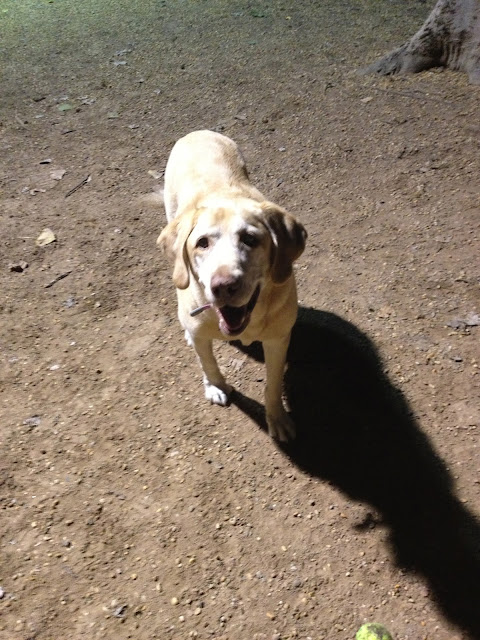 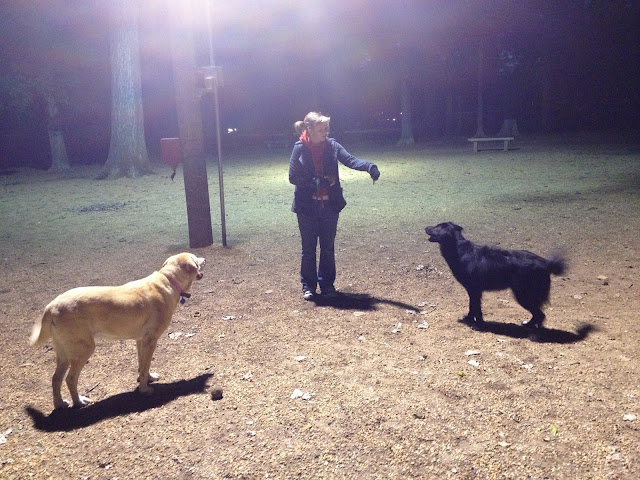 Am I the only person that treats meeting dogs like meeting people? They just all have distinct personalities and I really feel like I connect with dogs. Most animals, really. Except cats. Screw cats.

Also, I had the pleasure of having some Sandi-Action time this month. Seriously... this pup loves me. 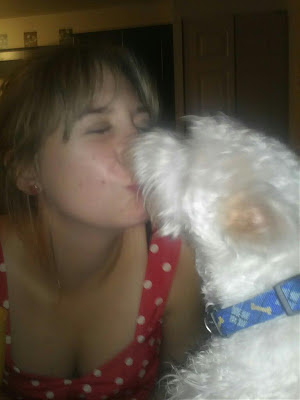 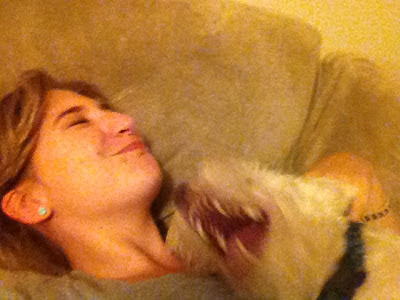 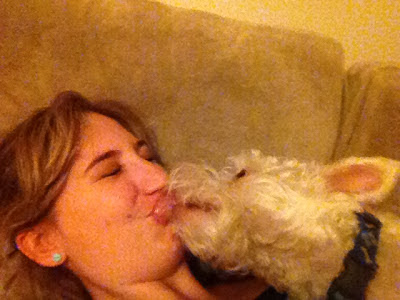 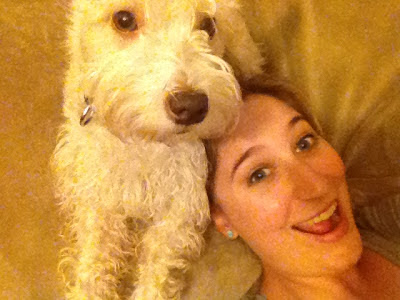 I know I'm a dog person. But I also really love meeting new people! Especially fellow awesome, creative people. I went to the food truck festival recently. The festival is a new annual event in downtown Little Rock that included tons of gourmet food trucks. About thirty Etsy shops also were set up and I met Starr who blogs over at A Thought Is The Blossom . ( Which I've been following for a while!). Her shop was super cute. I ended up buying a dress and some granny glasses. I also met Heather, a kick ass photographer and fellow arts center employee! Who knew? The three of us ended up going to a concert downtown later that week. It was a fantastic and much needed night of drinks, laughs, and making new friends. Totally worth the ridiculously large bill for all that frivolity. The highlight for me was probably Heather saying, "A friend once said this to me, and now I'm going to say it to you. Sandi, we love you. We're adopting you." Sometimes you get in a rut of not putting yourself out there and not really exploring out of your set group of friends. It can be intimidating, especially being in your twenties and trying to make "girl friends." It was so refreshing and wonderful to feel so included by people who have known me for a matter of hours. I hope I can make someone who has felt as lost and lonely as I have these past few months feel as good as these ladies did the other night. :)

Other than those few adventures, I'm still in my apartment a lot, making friendship bracelets, cooking and napping. Rehearsals for the xmas tour have started and those are fun so far. I have a little more freedom with this character and script than in the previous show. I get to do more "work", if that makes any sense.

P.S. If any kind souls want to send me presents like The Nightmare Before Christmas on DVD or Zyrtec D (Which I cannot purchase in Arkansas... wtf??!?) just message me for my address. I love getting mail! ;)